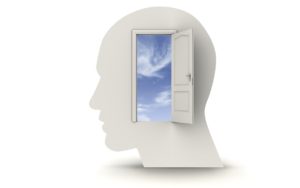 Today, it’s common to worry about cybersecurity threats, hacking and data breaches. We want our computer systems and personal data safe and protected from theft. However, there is another privacy issue that most of us are not thinking of.

Over 35 years ago, a mentor of mine and a cutting-edge thinker said, as she pointed to her head, “You’d better clean it up now because sooner than later it’s going to be public knowledge.”

She was referring to the thoughts and stories we carry around in our head. Some we share openly. Some we share with close friends. Some we keep private for a variety of reasons. A few might be embarrassment, shame or guilt. We bury them deep in the recesses of our mind hoping they’re never revealed.

However, “sooner” appears to be now. We are treading new ground and it’s proving to be quite uncomfortable for many. Public exposure is exploding our “Do Not Enter” sign to pieces.

January 21, 2017, The Women’s March, 2.5 million strong, advocated legislation for women’s rights, immigration reform, LGBTQ rights, racial equality and more. A collective voice of solidarity and precursor to disruption as never seen before by The MeToo Movement, which continues to expose what many men thought was hidden forever in the recesses of their minds.

March 24, 2018, hundreds of thousands of protesters outraged by the horrific school shooting in Parkland, Florida, which killed 17 people, marched in Washington and around the world, calling for action against gun violence. The March for Our Lives’ slogan was “Enough is Enough.”

More than ever, that is the collective theme of the masses. As the swells of people continue to grow, more and more will be examined, exposed and yes, faced within each of us. Like the song says, “Got nowhere to run to, nowhere to hide.”

It’s all good and it’s all necessary for the healing of ourselves and of our country. Without self-responsibility and accountability, we stay in conflict with ourselves and each other. When we clean up our own burdensome and buried secrets, we’re free.

Isn’t America called the land of the free?

Then it’s time to prove it.