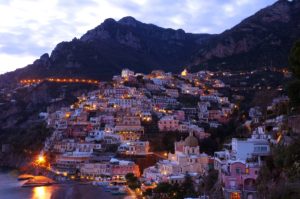 How do we practice non-violence in an often-violent world?

One outstanding and fearless leader showed the world how to do so while under threat of violence.  Brigadier General Christopher P. Hughes during the Iraq war of 2003 led his battalion into the town of Najaf to liberate it but agitators had spread the lie that the Americans were going to seize the holiest Shia mosque in all of Iraq.  As they walked deep into the city they were confronted by an angry and volatile throng of people.

Hughes held his rifle at arm’s length, muzzle down and turned to his troops. “Everybody smile!” he ordered, “Don’t point your weapons at them. Take a knee, relax!” His soldiers knew that meant to take a deep breath. They did, and the crowd’s mood began to ease. Hughes then ordered his men to withdraw.

Leaders from all fields can learn from this. In those brief moments when General Hughes instinctively knew a massacre would take place with one wrong move, his presence of mind and quick thinking prevented it.

What caused the enraged crowd to change?  He ordered his troops to smile – a universal sign of friendliness. He ordered them to, “Take a knee, relax,” to take a deep breath which slowed their reaction. Their guns were never raised. These simple acts began to shift the energy. The intense emotional charge was lessened.

Underneath anger and rage lies fear, which fuels the act. His commands helped to reduce the fear in both the Iraqis and the American troops. The rage had nowhere to go – there was nothing to engage with.

Does it take more courage to pull the trigger or to remain peaceful?

Both are high-risk. However, just knowing we have a choice can make a difference in the way we deal with difficult and volatile situations.

We have much to learn. It’s time to choose new approaches to our challenges. We must lift ourselves out of ingrained and harmful patterns in order to heal our collective wounds.

It’s time to embrace change and have the courage and willingness to do war and peace differently.