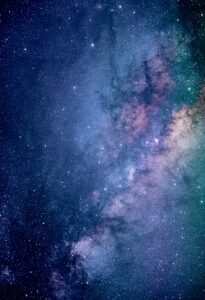 Universal Intelligence & Wisdom
You can’t have one without the other.

What do you think of when you see the words universal intelligence? Years ago someone suggested that I should connect with the “higher intelligence” that was running the universe. I was creeped out.

Eventually, with quiet thought, I began to acknowledge that there is a universal intelligence running the big show. Considering what a feat that is, I decided to be open to receiving a bit of its wisdom.

Openness to the intelligent life force that is running the universe began to elevate my thinking and created a curious and broad-minded receptivity. My intuition developed. I would ask questions and receive internal guidance. I began to trust myself and was less dependent upon others.

Remember the underwater earthquake that hit Indonesia in 2004?  It triggered a 20-foot high tsunami leaving a trail of destruction in its path. Fortunately, many of the aboriginal tribes survived by fleeing to higher ground. That is where we must go to benefit from a conscious connection with universal intelligence.

It’s a natural path for everything evolves. For example: the 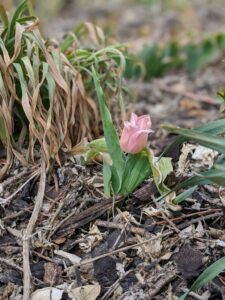 flower searches for the light then blossoms to its full beauty. However, it must begin its journey through the dark – the unknown. Instinctively it moves forward.

The beauty of higher ground is that once on it, you keep climbing higher – from one peak to another. As you do, more and more of universal wisdom is revealed to you. A world of creative and transformational ideas appear. It will be easier to take risks as you trust your guidance every step of the way.

You will know peace as never before. You’ll experience a stronger sense of security, better health, clarity of mind, calmer emotions and a sense of ease and grace in all you do. Ultimately, you will realize that even though life’s journey can be long – you are never alone.

All this in return for the simple act of becoming quiet.