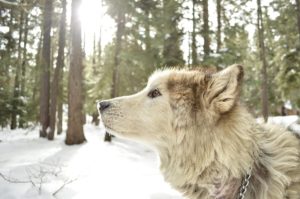 Ask 10 people to define “loyalty.” Most likely you will get 10 different definitions. If five people reply “dedication,” when you ask them to define dedication, you’ll probably hear five different responses.

Our unique personal experiences create our subjective responses to life. You can speak clearly and carefully choose your words but they often get lost in another person’s translation based on who they are.

Currently, the word “loyalty,” is being bantered around in the news. More to the point, from a leader who enjoys people “who work for his pleasure.” A leader who demands loyalty from others as if it’s an entitlement, flavored with ownership.

I once worked for a CEO who demanded nothing from his employees – including loyalty. Instead he inspired each of us through his appreciation, support, listening skills, patience and tolerance. We, in turn, valued him and his company and were loyal employees.

Loyalty is earned. Why would someone choose to be loyal to a leader who declares it as an ultimatum? That is a classic fear tactic from an insecure person. That is exactly the type of leader that will fall from power as we venture deeper into the 21st century.

The most damaging consequence of working for a draconian tyrant is the effect on the employees. Besides having every creative and progressive idea ignored, they’re afraid to speak up. To be themselves, to be heard. This repression of self leads to resentment, poor attitude causing anxiety and even passive-aggressive behavior. Plus, to work within an ongoing environmental hornet’s nest of anger and confusion is far from productive.

There is a huge call for authentic leaders. The most telling sign a leader is authentic is when they create a safe space for those around them to be.

“Respect is earned.
Honesty is necessary.
Trust is gained.
Loyalty is returned.”
~Anonymous

(Your email address will not be published.)