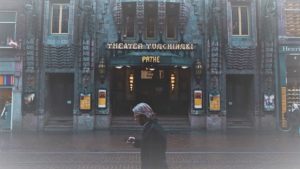 Change requires courage – especially behavioral change.  Our less than desired behaviors bring up uncomfortable feelings such as guilt, shame and embarrassment. Therefore, it’s far easier to work through them behind closed doors. Let’s face it, even when we change our clothes we desire privacy. Or when we’re sick we stay inside.

Leaders rarely have that luxury – particularly those with public careers. Unfortunately, many leaders choose not to look at their problem behaviors. Or if they do acknowledge them, they resist change.  When that happens they’re either caught in denial or they’re in fear of their public persona crashing in front of the camera.

Public exposure is too terrifying and risky. So they play the part of the blind elephant in the room often lashing out at others to temporarily relieve their frustrations. This by far, is the most damaging flaw a leader can have because eventually the house of cards does fall and often harms others as it crashes.

Behavioral change can be intimidating for both leaders and followers. Life is easier when we can glide along, safe and cozy in our comfort zone. But is it? We can tenaciously grasp the sides of our armchair and resist change but at what cost?

It takes courage to admit our shortcomings.  As followers, we know that, for our own flaws haunt us until they’re healed. Therefore, when our leaders are brave enough to apologize publicly we’re not disappointed. In fact, we become inspired and touched by their honesty. And when they actually have the courage to change harmful behaviors, they win our hearts.

Our most valued leaders will always be the ones with enough self-awareness to recognize their personal liabilities and who have the willingness and courage to change.

“Yesterday I was clever
So I wanted to change the world.
Today I am wise
So I’m changing myself.”
~ Rumi

(Your email address will not be published.)